Top Things to Do in Costa Teguise

Whether it’s the golden beaches, beautiful sunshine or enchanting lifestyle that draws you in, Costa Teguise is one of the most popular places on the island of Lanzarote to invest in real estate. Not only is there a huge range of properties to choose from, but the amenities and activities in the local area will leave you feeling spoilt for choice. Whether you’re moving here on your own, with a loved one or with the whole family, there’s a vast range of things to do in Costa Teguise. And as it’s one of the three big resorts - along with Puerto del Carmen and Playa Blanca - you can be sure that Costa Teguise is a region that won’t disappoint!

Go to the Aquarium

Now, this is something anyone of any age can enjoy! In fact, this Lanzarote Aquarium is one of the most popular things to do in Costa Teguise. While you walk through the underwater tunnel, you’ll be mesmerised by the huge collection of fish and sharks. The colours on show will impress you, but it’s the building origins that are also worth noting.
This huge building stands in a lava coulee that was created during the extraordinary volcanic eruptions of the 1730s. In five natural volcanic bubbles that formed, visionary artist Manrique transformed them into rooms. As well as the aquarium, there’s a small ballroom and swimming pool to be enjoyed.

Costa Teguise is blessed with some of the best beaches in the whole of Lanzarote. In total there are five main beaches that are frequented by locals and holidaymakers every day. Playa Cucharas is the most central beach in the resort and therefore one of the easiest to get to. Los Charcos, Playa Jablillo, Playa Bastian and Playa Ancla are also popular spots to soak up a bit of the Spanish sunshine. Many of the beaches in Costa Teguise are perfectly lined with soft golden sand while others have a more rocky texture to them.

A trip to the spectacular volcanic landscape of Timanfaya National Park - also known as the Fire Mountain - is a must for all visitors to Lanzarote. Located in southwestern Lanzarote, this truly is an incredible part of the island that can’t be missed. The volcanic landscape covers around one quarter of Lanzarote and you can see where dozens of volcanoes formed when the Fire Mountains were created in the early 18th century.
There is no public transport that can take you to the Timanfaya National Park, so you’ll either have to hire a car or take advantage of one of the many organised tours. No matter how you get there, be sure to relax while you take in the awe-inspiring views on offer from the Mirador de Las Nievas viewpoint.

The sublime sun, eye-catching architecture, beautiful beaches and mix of things to do in Costa Teguise help to make this region one of the most appealing areas in Lanzarote. It has been around since the 1970s, originally a magnet for affluent Spanish families and transforming into a first-rate holiday destination and a place to pick up great real estate. Though it may not have an atmospheric old town like Puerto del Carmen, taking a gentle stroll along the seafront promenade is one of the best ways to explore what Costa Teguise has to offer.
As Costa Teguise is a purpose-built resort, you’ll find no shortage of things to do or amenities. There are plenty of supermarkets and general convenience stores where you pick up your daily essentials, as well as other boutiques where you can look for something a bit more special. You’ll also find a handful of nightclubs and bars, though Costa Teguise is known more for its restaurants.

Costa Teguise is located on the east coast of Lanzarote is the least sheltered of the island’s resorts. This can mean that winter months here are a little cooler, cloudier and windier than places in the south. However, in the summer, you may be thankful for the breeze! During summer, temperatures can hit an impressive 28°C, with August usually being the warmest month.
It’s reported that mid June can see around 14 hours of sunshine during the day, with the sun rising at 6:55 a.m. and setting again at 8:54 p.m.. Even in winter, you can still typically see 10 hours worth of daylight with temperatures sitting at an average of 17°C.
December and January record an average of 25mm to 26mm worth of rain. From June to August there is almost no rainfall experienced at all.

Costa Teguise is nestled between Los Ancones and Las Caletas. It is well placed with public buses and taxis being ready to take you to the surrounding resorts. The island’s capital city, Arrecife, is just a 15-minute car ride away, with there also being plenty to see and do in this area too.
If you want to travel further afield but don’t have your own vehicle, there are plenty of car rental places which will allow you to hire one. Please note though that this service is incredibly popular with tourists so it can get incredibly busy during peak season. 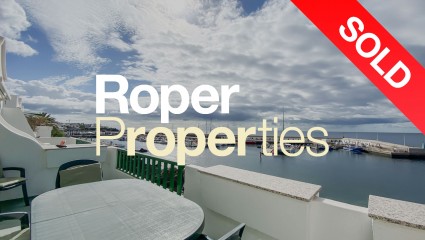 There is just no stopping us when it comes to selling property.

There is just no stopping us when it comes to selling property. 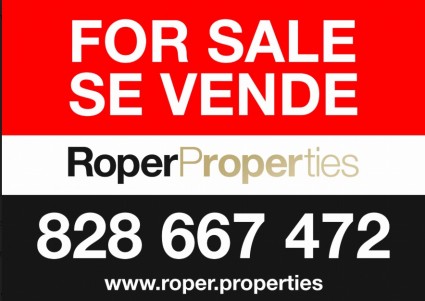 When marketing your property we highly recommend a for sale sign.

When marketing your property we highly recommend a for sale sign.