Día de Canarias (The Day of the Canary Islands)

Public holiday
On Wednesday 30th May, Lanzarote along with all the other Canary Islands, celebrates Día de las Canarias (The Day of the Canary Islands). This is a public holiday and this event celebrates the island’s culture and people. It also marks the anniversary of the autonomous Canary Islands Parliament’s first session.
In Lanzarote, the Canary Day is celebrated all over with many activities related to culture, food and leisure. There is a passion and warmth to the people of The Canary Islands, and it is this warmth that brings people back to the Canary Islands, again and again. There is also a great pride in the culture and heritage of the islands, a pride they love to share with those who choose to live among them. This week celebrates Día de Canarias and we are all invited to join the celebrations.
The Canary Islands consist of 8 populated islands off the coast of Africa. The islands are Chinijo Archipelago, which includes the islands La Graciosa, Alegranza, Montaña Clara, Roque del Este and Roque del Oeste. The other Islands are Fuerteventura, Gran Canaria, La Gomera, El Hierro, Lanzarote, La Palma, and Tenerife. These islands form an autonomous community of Spain, but are closer to Morocco and the Western Sahara. The Canary Islands were known to the Romans, but remained independent. The Spanish Invasion of the islands began in 1402 CE. The islands were incorporated into the Kingdom of Castile in 1495 CE. They became an autonomous community of Spain on August 10, 1982. The autonomous Canary Islands Parliament’s first session was on May 30th, 1983 (Día de las Canarias). 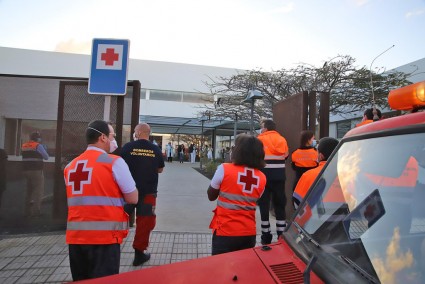